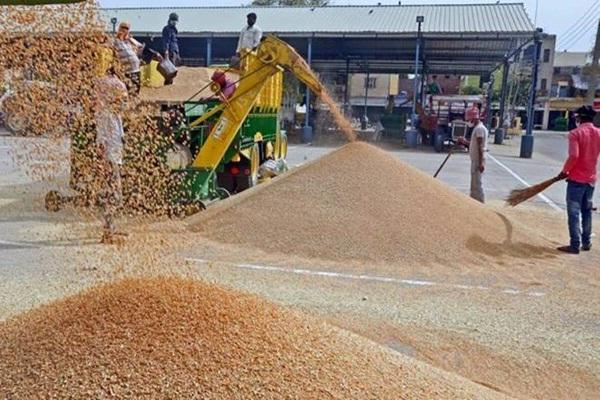 Sangrur (Uttamhindu News): Due to smooth procurement and payment arrangements, Pungrain has secured the leading position in Punjab by paying 95% of the procured wheat in Sangrur district.  This information was given by Deputy Commissioner Mr. Ramvir. The deputy commissioner said that during the procurement of wheat which started from April 10 in Sangrur district, the procurement was going on smoothly in various mandis. The farmers have brought 9 lakh 79 thousand 59 metric tonnes of wheat in the mandis till April 27, out of which 9 lakh 68 thousand 644 metric tonnes of wheat has been procured by various procurement agencies so far.

Mr. Ramvir said that 4 lakh 18 thousand 370 MT by Pungrain, 2 lakh 11 thousand 193 MT by Markfed, 2 lakh 13 thousand 555 MT by PUNSUP, 1 lakh 13 thousand 510 MT by Punjab State Warehousing Corporation and FCI has procured 11625 metric tonnes of wheat. He said that 6 lakh 44 thousand 946 metric tonnes of wheat has been lifted and out of these 1641 crore 8 lakh has been paid to the farmers. Mr. Ramvir said that as per the instructions of the state government, the best quality of B Class Bardana is also being used in the mandis and there is no problem in Bardana district.